Skip to content
Get Haunted is up and running!

Yes – that is a real picture. No – nobody else was there.

Shadow people …. I have a love them and I hate them. I have no words that can accurately describe the feelings that wash over you when you see one. Why? Because you will instantly be bombarded with a variety of feelings.. you will be confused, bewildered, exhilarated, and probably even scared.

I’ve seen them in this very same location and for some reason, they like to show up in near the only exit out. You have to love it…. Thanks shadow man!

Here’s the backstory as written by the photographer, the amazing Jenny Switzer:

We had a big group. We had been around on the back side of 3D and were making our way back around to the exit and head over to the gas chamber.

I remember that night, and all others, since the tornado…I had a weird feeling down there. More so, than normal. All night, I had 2 young girls, hanging on my back…a little scared, but more intrigued.

As we all came around the corner, I noticed movement at the end of the walk and stopped. I took this picture, standing at the end of the hallway, in 3D…Ad Seg, looking towards the stairs leading up and out, to death row.

We were coming out…so NOBODY was in front of us. NOBODY. As I lead my guests out, I had no idea, what I had “caught” in the photo. I think he was a guard, warden, something “protective”. I’ve seen figures at MSP before, but nothing like this! As I looked at the photo…I had an overwhelming feeling, that he had followed us downstairs and then watched us, to be sure we got back out…

A big thanks to Jenny for sharing her story and the photo.

MSP is one of those place that gets into your blood … I absolutely love it there and I often say that MSP would be my #1 pick to bring someone that did not believe in the paranormal. It can be that good. 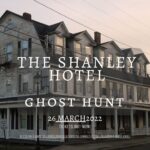 By: Get Haunted Admin 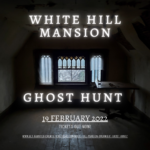 By: Get Haunted Admin
View All

If you or your team want to be included as an Attachment, please feel free to reach out. We can discuss and review all of the requirements.